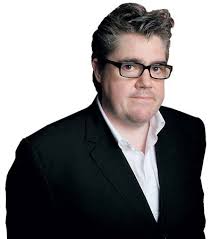 Comedy hero Phill Jupitus is performing in Manchester this weekend with his writing partner Phil Wilding. The pair will perform their ‘Perfect 10 Podcast’ over two sets, then take part in a Q & A session before rounding off the night with a DJ set until the early hours of the morning. Sound like a great way to spend a Saturday night! Here is what the press release has to say;

It’s only taken them two years, but Phill Jupitus and Phil Wilding are finally playing their fourth live show. The tardy bastards will be at the Night & Day Café in Manchester on Saturday 13th November. From 8pm until 2am expect to be appalled/outraged/throwing something at the stage as Phill and Phil perform two live Tens (the second with questions from you so bring your brains), screen Midnight Run and then play tunes that you will neither like nor understand until the wee, small hours.

Tickets are ten quid in advance, £12.50 for a seat and five more on the night so why not get in early?

Manchester, you had it coming…