Here is a little preview of Manchester’s cultural events throughout June courtesy of Ian Pennington & Now Then Manchester. We hope you enjoy…

Beyond another Bank Holiday, we’re now knocking on the door to summer. And in Manchester’s own meteorological way, its showers and sunshine indecisiveness is making us all well aware of this. Don your water proofs, shorts, flip-flops and/or Wellies for a stroll through the next fortnight or so of events.

First up for any calendar month is the 1st so the Chicago noiseniks Disappears’ gig on Wednesday 1st seems as good a place to start as any. The psyche-drone supergroup comprises the drumming dexterity of Sonic Youth’s Steve Shelley, a tangled web of reverb and the Gulliver’s stage for the evening. 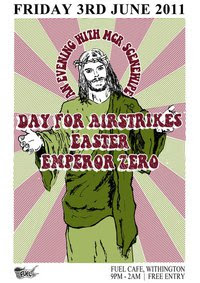 Caribou and Battles headlining the same show is quite a tussle for attention, but at least Now Wave have allowed them enough space to do so with it taking place at the Apollo on Saturday 4th. Support is too long to list, but think Hoya:Hoya vibes and you’re in the right ball park.

Put your thinking cap on for the latest First Tuesday discussion and debate courtesy of Manchester Salon; the topic to brush up on is The struggle for democracy in the Middle East and Africa. Head to the Shakespeare pub on Tuesday 7th if you think you have more of a solution than major politicians or their mouthpieces in the mainstream media.

After that mind-melter you might need something to relax the senses, so take advantage of the arts students who’re now nearing their long summer holiday and feel ready to showcase their work. The first of two in this preview is on Wednesday 8th at Kraak Gallery, where adorning the walls will be The Manchester College’s Parallax photography exhibition

If you’ve been pencilling the other events in then get the permanent marker out for this next one. Hot on the trail of our last Now Then Manchester show (…ish) is another venture into the realm of live music and spoken word, this time in collaboration with the leftfield arts taste-makers at Doodlebug. Performances for the first of a monthly Thursday slot are sitting in the TBC column, but think along the lines of esoteric music punctuated by spoken word; Dulcimer in Chorlton on Thursday 9th. [NB: We’ve postponed this to a later date, hopefully within the month of June, but otherwise we’ll be starting the stint with a Broken Bubble label showcase on 14th July. Watch this space…] 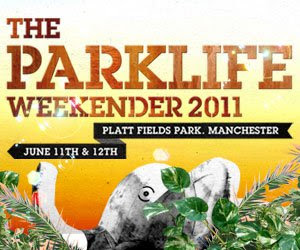 Catch your breath and steer towards Fuel again on Friday 10th for the monthly Debt Records acoustic dabbling, before a weekend rubbing shoulders with excitable revellers amidst the tents, sideshows and empty pint pots strewn across Platt Fields for the 48 hours of Parklife Weekender. Expect Beardyman, DJ Shadow, Mount Kimbie, Kode9, James Holden and Grandmaster Flash to prove highlights of a festival that never fails to bring sunshine with it, even including the Madferret days.

One more who might’ve tipped that line-up over the edge and into a spectacular abyss is Tom Vek, who’ll make a reappearance even longer overdue than Now Then Manchester events. Instead he’ll be at the Ruby Lounge on Monday 13th, which is a date shared by Merril Garbus and her wildly capitalised alter ego tUnE-YaRdS’ trip to the Deaf Institute. 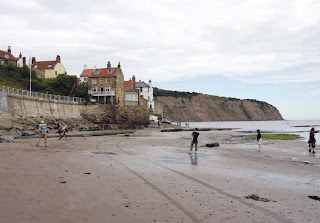 Part two of the aforementioned student arts displays is one by University of Cumbria MA scholars at CUBE on Tuesday 14th. Born from interpretations of philosophical texts, this one’s another photographic assortment under the title of Touching Space. Or, if you’re more into preserving natural environments than seeing snaps of them, there’s always CityCamp, which is launching itself to those who shares their ideals ahead of a Manchester sustainability festival in September; Northern Quarter’s Noho bar. 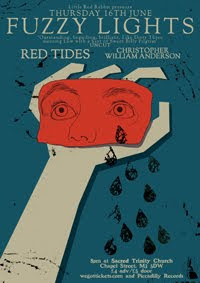 Closing in on the month’s halfway mark is the recently renamed ad rehoused Imploding Inevitable’s choice of live music for Dulcimer bar’s Wednesday 15th; alternatively for town dwellers, there’s another helping of Soul Sessions headed up by Beggar Joe, which has also rehoused to Oxford Road’s Revolution bar. Then Thursday 16th is one for Little Red Rabbit’s Fuzzy Lights who entertain at Salford’s Sacred Trinity Church, with Red Tides lending support.