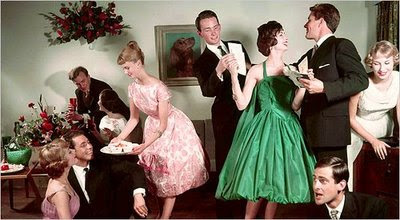 The Soup Kitchen welcome London based dance-pop duo Chew Lips tonight for what promises to be an uplifting Friday night event. After some promising early releases on French label Kitsune, the band are about to release their sophmore album. Have a listen to Nick Zinner’s (Yeah Yeah Yeah’s) remix of their latest single ‘Do You Chew?’ here;

On a completely different vibe, Ghana’s greatest modern master of the Kora, Jaliba Kuyateh brings his Kumareh project to Band On The Wall. You can watch a short clip of the band’s 2011 visit to the UK HERE. Underachievers hold their last clubnight of the summer at the Roadhouse tonight with live performances from Milk Maid and Temple Songs and then the usual party until the wee hours.

The King’s Arm in Salford hosts the single launch of Manchester based band Mount Fabric with support from the excellent Glass Ankle & Vei and the final gig on tonight’s schedule is German blues guitarist Henrik Freischlader who performs his Stevie Ray-Vaughan inspried rock to Academy 3.

For those of you who want to stay out a little later then there is a real treat in store; Now Wave & Selective Hearing have combined to bring a stellar double bill of Jacques Greene & Koreless to the South nightclub on South King Street. Jacques was recently featured on Radiohead’s King Of Limbs remix album ‘TKOL RMX 1234567’ and Koreless is one of the UK’s hottest electronica prospects. Here is a track featuring both artists;

Other clubnights include Clique at The Deaf Institute, Pop Til You Drop at The Mint lounge and the ever reliable Content present DJ Rolando at Joshua Brooks.

Adopted Mancunian Jesca Hoop showcases her Southern Californian folk-pop to Academy 3. The tour is in support of her recently released, critically acclaimed album ‘The House That Jack Built’ and here is a little promo video;

Over at The Ruby Lounge, Lydia Lunch’s Big Sexy Noise performs what is sure to be a unique and possibly abrasive show. I have seen her play a few times and she takes no prisoners. This show will not disappoint. The final gig of the night is Demdike Stare’s show at Krakk Gallery. I recently saw their performance at the Primavera Festival in Barcelona and it was amazing. Here is a clip of what to expect;

Later on in the evening HOYA HOYA continue their secret series with a surprise special guest DJ. Last month’s guest was Mary Anne Hobbs so you can expect something pretty special at the Roadhouse from Manchester’s best clubnight. The Deaf Institute hosts their monthly POP night with special guest sets from Wesley (Now Wave/up the racket) and Will (Tramp!) and The Mint Lounge host their regular Saturday night party, Funkademia.

Oh and i believe there are a few bands playing at Heaton park this weekend but I haven’t heard much about it so it’s probably not worth bothering with.